The International Broadcasting Convention (IBC) was back in-person in 2022 after a three-year hiatus, with representatives and visitors from across the Broadcast and Media & Entertainment technology industries. With over 37,000 attendees, 1000 exhibitors and 250 speakers, the Amsterdam-based event was a huge draw for industry professionals.

HP had an impressive presence at the convention with the HP Teradici and Z by HP teams representing at multiple exhibition booths. The HP Teradici team spoke with numerous customers, many of whom we hadn’t met face-to-face since 2019. In-person events certainly offer a different level of engagement and excitement.

HP Teradici’s flagship product, HP Anyware, was the talk of the town at IBC 2022. The secured remote access software is based on PC-over-IP (PCoIP®) technology and combines the best of Teradici CAS and ZCentral Remote Boost, two Emmy® Engineering Award-winning software. Hybrid workforces have become the default even in the broadcasting and M&E sectors, and HP Anyware is positioned to help businesses do their best work from wherever they are.

Visitors to IBC 2022 were invited to visit the Z by HP booth, where the team had HP Anyware demos on hand, both live and recorded, about remote editing and titling, run on Avid Media Composer on a ZCentral 4R rackable workstation and connected to an HP t740 Thin Client, as well as remote broadcasting and media production workflow demos, which ran the HP Anyware PCoIP Client on a Z2 Mini G9 workstation, connected to a ZCentral 4R in the rack. 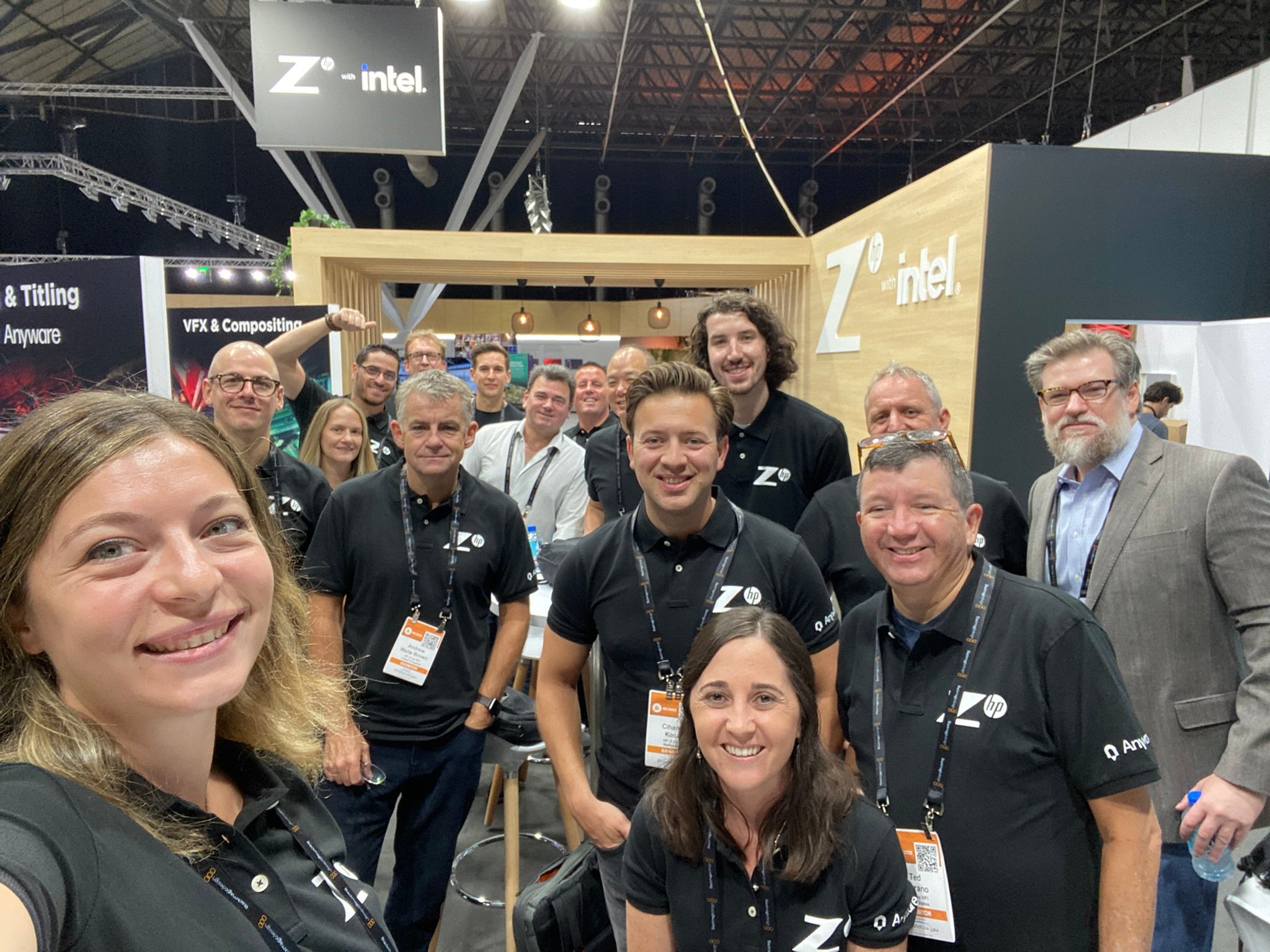 The HP Teradici team showed attendees how HP Anyware helps broadcast and M&E professionals be on-air no matter where they’re working from and without worrying about network and bandwidth conditions. The PCoIP protocol that powers Anyware adapts to network conditions, so users get a similar experience to working in an office, even when working remotely. Additionally, PCoIP keeps data secure in the data center while transmitting only encrypted pixels from host devices to client endpoints, a major benefit to broadcasters who handle sensitive data.

Z by HP showcased a variety of workstations at the booth, including HP’s most powerful desktop workstation to date, the HP Z8 G4 Workstation. Z hosted numerous demonstrations on how to create complex film scenes, combine VFX into videos, and create animations using Z devices and HP Anyware.

Get a taste of the power of Z workstations with this short film collaboration by seven Z ambassadors.

IBC 2022 was an incredible showcase for the partner ecosystem that HP Teradici has nurtured over the years. Numerous partners had demos of their software and tech stacks that successfully leverage HP Anyware to solve customer needs.

At the Amazon Web Services (AWS) booth, HP Teradici demonstrated how to use HP Anyware to set up a broadcast production on the AWS cloud with ease. Virtualized workflows and workstations don’t need complicated setups, nor do professionals need to concern themselves with unnecessary lag or dropped connections. The demo showed just how simple a process it is to securely access the AWS cloud from almost any device using HP Anyware.

Over at the Adobe booth, visitors could try out Adobe Premiere Pro, hosted remotely on a Z by HP workstation and accessed via HP Anyware. They could also catch Adobe’s Dave Helmly, senior manager, professional video, presenting on Partner Integrations: The Tools You Need for a Cloud-Savvy Workflow, which covers how HP Anyware can support cloud deployments (at the 17-minute mark).

For editors, producers and creatives in broadcasting and M&E, color-accuracy and low latency are key to maintaining productivity in remote and hybrid work environments. At the Adobe booth, visitors could see for themselves how an advanced software like Adobe Premiere Pro could run at the same level of performance as a local machine when accessed remotely with HP Anyware. Users can install the PCoIP Performance Monitor, a custom plug-in panel designed to provide an ongoing status check for your Anyware session while using Premiere Pro. 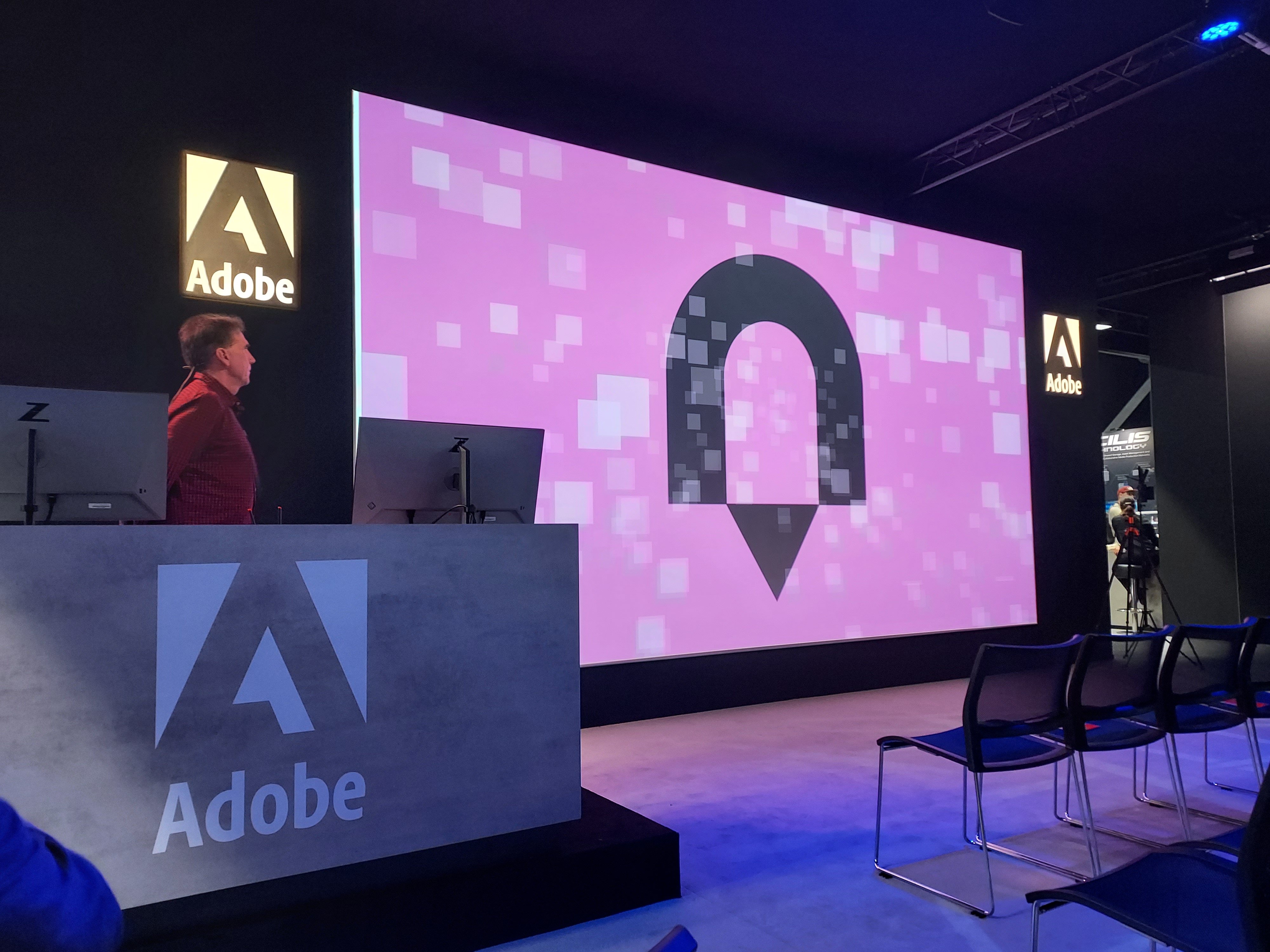 Attendees were shown a live demo of HP Anyware in action at the Microsoft and Avid area. In the demo, a remote studio went live to show how it visualizes and interacts with media workloads using a combination stack of Microsoft, HP Anyware and Avid. 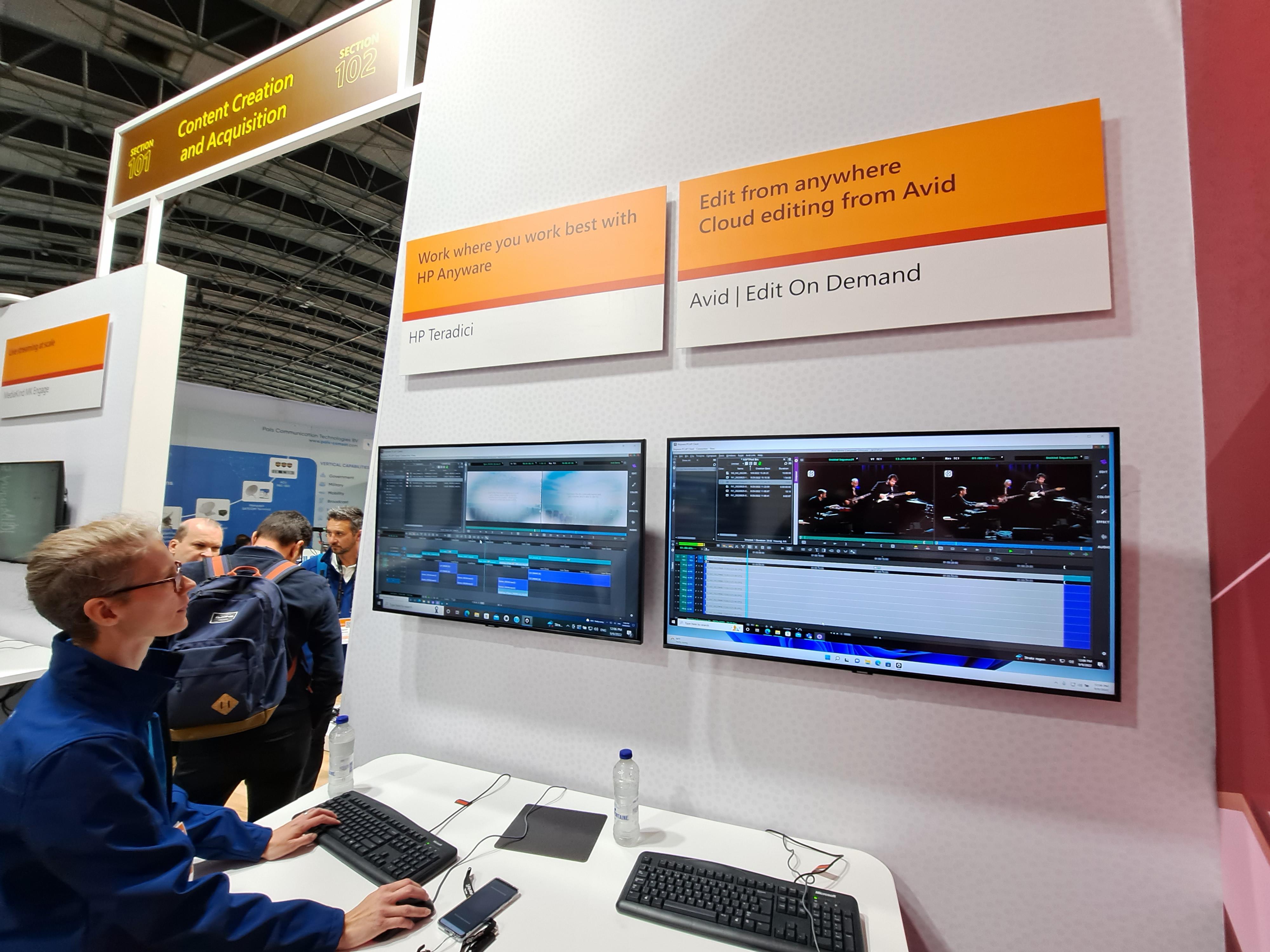 John McVay, Head of HP Teradici Strategic Alliances, spoke with Ray Thompson, Senior Director of Avid, during IBC 2022 about the long-standing partnership between HP Teradici and Avid, and the future of HP Anyware. You can watch the full discussion below. Chris Butler, Technical Solutions Architect at HP Teradici was at the Microsoft booth to discuss how broadcasting and M&E professionals can use HP Anyware. Butler shared a few insights into the software in this video by Microsoft.

Also at the HPE area, attendees had the opportunity to learn about broadcast as a service from HPE, which uses HP Anyware as one of its key components. The BaaS offering was well-received at IBC 2022. 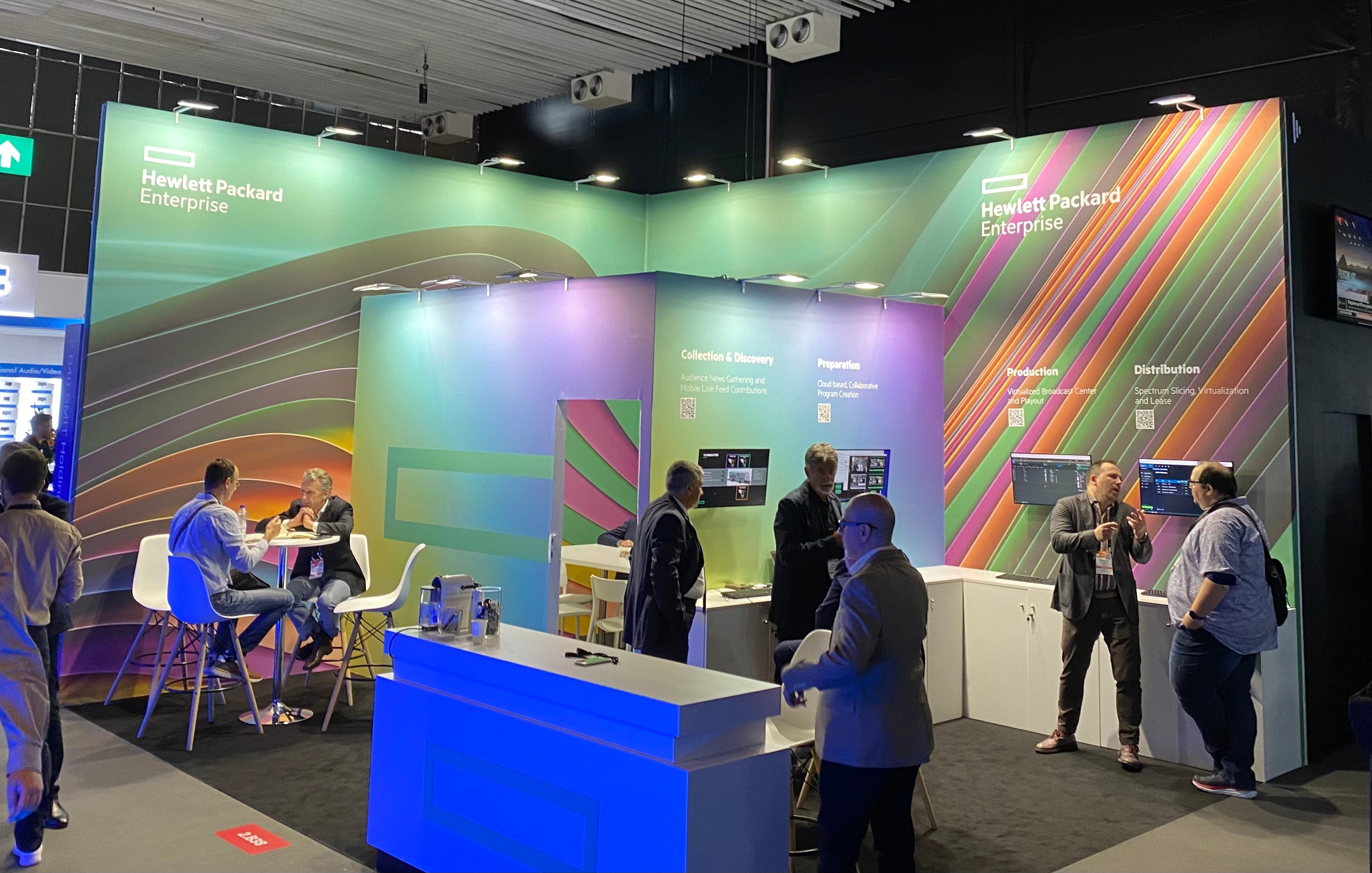 IBC 2022 showcased just how in-demand secured remote access software is in the hybrid world we live in today. HP Anyware offers broadcasting and M&E sectors the flexibility of working virtually anywhere, with AES 256 encrypted security, the ability to collaborate without compromising on quality, and improved productivity from a user experience that is on par with working in an office.

You can find out more information about HP Anyware for digital workspaces and book a demo today.