World first compute and graphics – from the kitchen table

Ian is a Distinguished Technologist at HP Teradici. Ian has over 15 years of experience at HP Teradici, involved in protocol performance, architectural and security aspects of PCoIP design, and customer requirements analysis, with particular focus on remote graphics intensive workflows. Follow Ian on Twitter! https://twitter.com/PCoIP_Ian

Teradici recently announced several exciting performance milestones both in office and at home, in conjunction with our technology partners, Lenovo and NVIDIA. This post describes 4K60 remote workstation capabilities that Teradici is rolling out in mid-2021, offering a compelling solution for creative studios and CAD houses seeking to solve the technical and security conundrums of hybrid workplace flexibility.

But what exactly do these fine print specs mean to production directors, content creators and designers?

A creative supercomputer for the new normal

COVID-19 put the brakes on deskside workstation capital acquisition, and a machine of this stature poses some practical deployment challenges. Firstly, work-from-home environments are challenging enough without the heat exhaust, power consumption and noise burden of any tower workstation footprint, no matter the brand or particular specifications.

Secondly, while some corporate IT allowed temporary exceptions at the onset of the pandemic, corporate assets on home computers have increased vulnerabilities and are in violation of most security policies. VPNs offer partial mitigation of security concerns, but high-performance applications running on home computers get substantially throttled by slow VPNs that need to pull content from remote datacenters.

Home-based creative workstations are simply not an option for security-compliant post-production studios or AAA game developers engaged in multi-million-dollar productions. 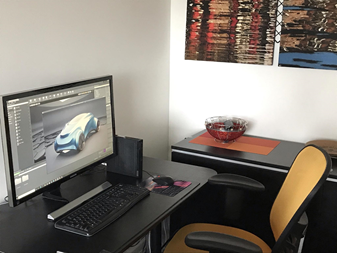 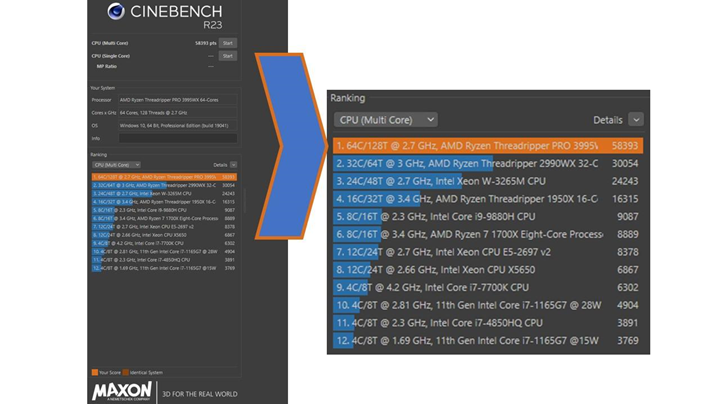 PCoIP Auto-Offload leverages NVIDIA NVENC for efficient encoding of the cinematics—just 11 Mbps on average at 1080p and 18 Mbps for 1440p. The combined NVIDIA RTX A6000 RT cores and PCoIP Ultra delivered buttery-smooth interactive photo-realism to my home desk at 60 frames per second.

An explanation of this work-from-home environment summarized in this three-minute video:

Back at the office – Dual 4K and 60 frames per second

The second part of my demonstration entailed an out-of-routine visit to our corporate headquarters with the P340 Tiny in my backpack—none of the hazards of a P620 workstation in the trunk of a car!

I’m not scheduled to return to the office for a while, so I configured a quick desktop network with the Lenovo ThinkStation P620 workstation perched on the left and ThinkStation Lenovo P340 Tiny located between the two 4K displays. 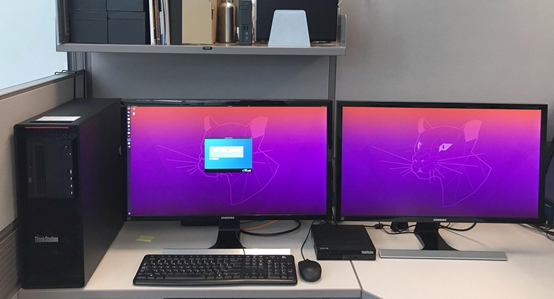 The ThinkStation P620 offers so much compute performance that the PCoIP AVX2 encoder hardly registers as a service load—less than an additional 3% for 4K full-screen playback at 60 frames per second, and a small fraction of that for typical application interaction.

See below for a summary video of the in-office dual display configuration: 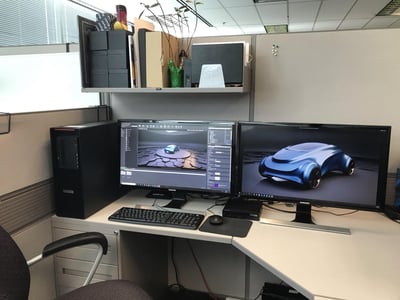 A match made at home… or back at the office. Your choice.

In summary, Lenovo, NVIDIA and Teradici are bringing a world-first, winning solution for the new normal! You can grab the 21.07 (development build) of Teradici CAS with 4K 60 fps capabilities from our website.

Ian is a Distinguished Technologist at HP Teradici. Ian has over 15 years of experience at HP Teradici, involved in protocol performance, architectural and security aspects of PCoIP design, and customer requirements analysis, with particular focus on remote graphics intensive workflows. Follow Ian on Twitter! https://twitter.com/PCoIP_Ian